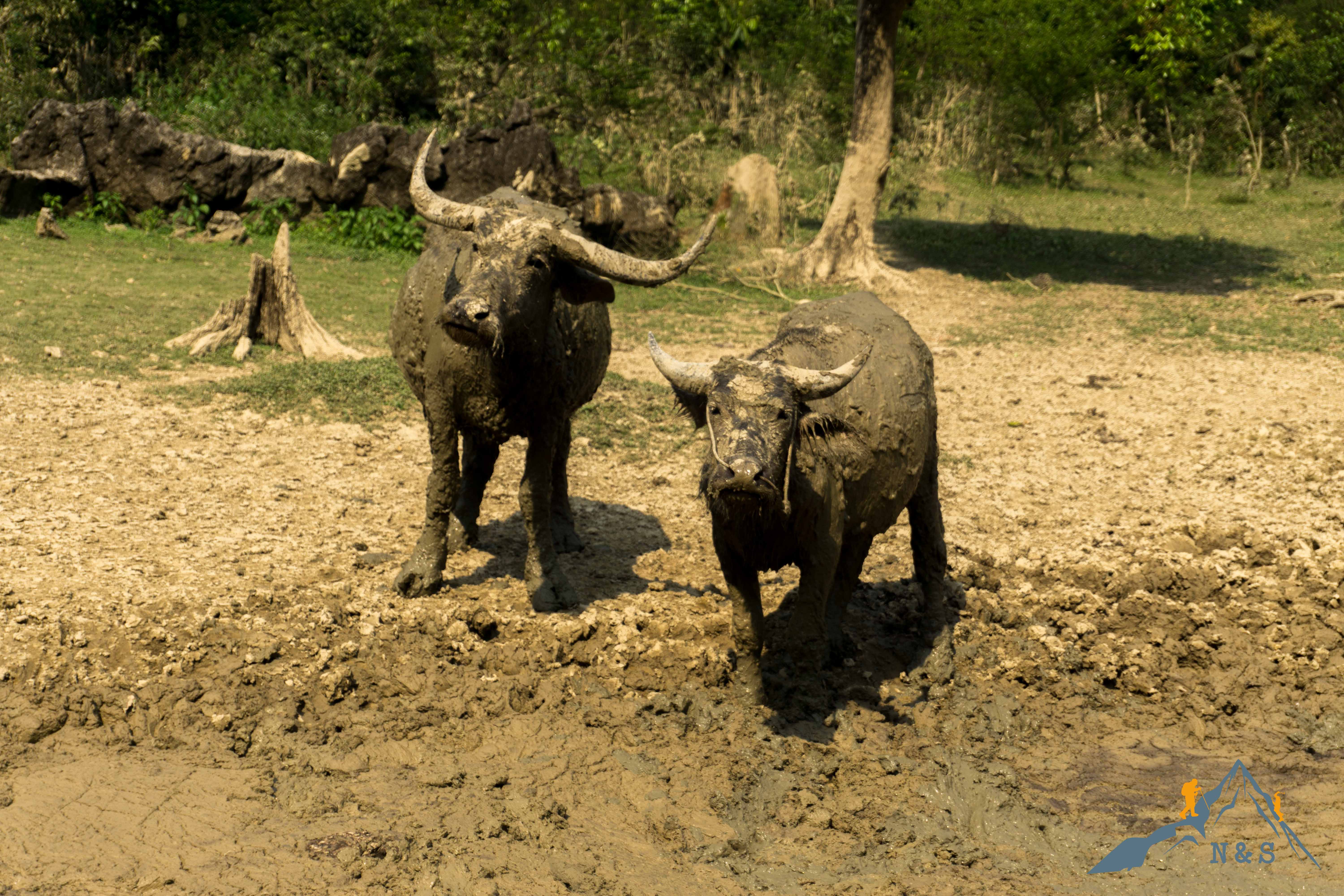 We woke up in the morning feeling like P Diddy! A short stop at the bakery and coffee place and our stomachs were filled for a nice ride through the rice paddies.

The Họ Chỉ Mình Road got it’s name from the former North Vietnamese President Họ Chỉ Mình, who is admired as a great leader especially due to his success defeating the US forces and liberating the South. The similarly named Họ Chỉ Mình trail was a logistical system in neighboring Laos and Cambodia to supply the Vietcong during the Vietnam war to fight the Americans. The Họ Chỉ Mình Road coincides with part of this trail. It is a two lane road that goes inland, very close to the Lao border in the west of Vietnam.

For central Vietnam, we decided to take the Họ Chỉ Mình Road as it is said to be one of the best routes in the country. And we weren’t disappointed. Due to us rising early, we had plenty of time to stop and play in some rice fields. We even took a swim!

The road became more mountainous and the limestone hills emerged out of nothing beside us. For lunch, we took a random right turn into… nothing?

After lunch, we continued our exploration further into the jungle, just to find this lovely Safari-like scene:

Sadly, we were stopped by a military officer some more kilometers up the road and had to turn back towards our final destination for the day: Phòng Na.

Phòng Na Ke Bang national park is situated just a few minutes drive away from the small, but touristy city of Phòng Na. In 2009, a local man discovered a cave here. It turned out to be the biggest cave in the world (by volume)! Naively, we thought we can have a look at the Son Doong cave. Guess what? The only way to access this cave is to book a 3000$ tour (4 days with food etc.)! I guess we have to come back here once we are millionaires…