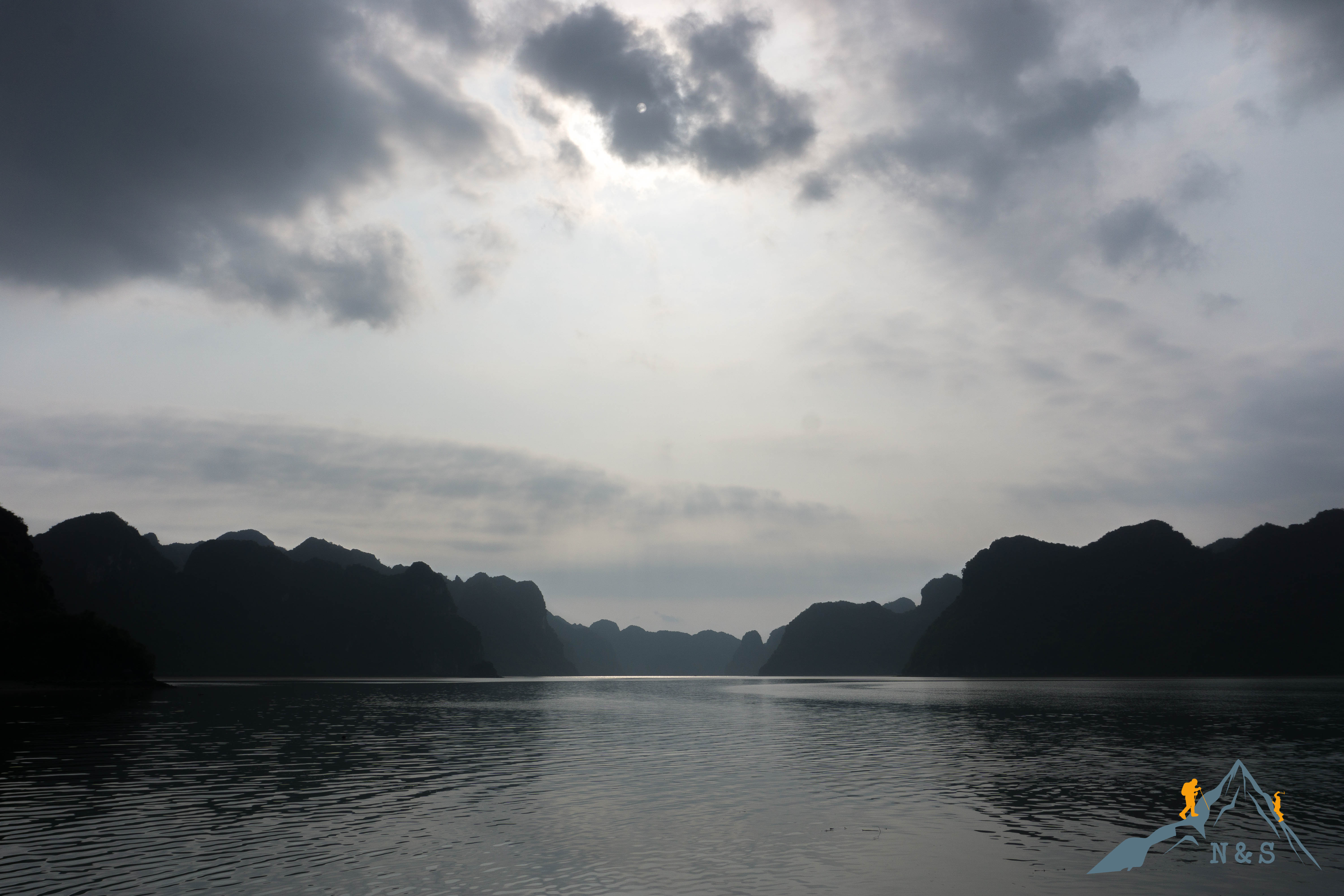 You probably think we are sleeping in most of our days during our travel. But actually, that’s so rarely the case. In the last two weeks we did not have slept in until late. So today was no different!

Our boat cruise which was only 300.000VND per person, started at 8 o’clock. Initially we wanted to do some kayaking or exploring on our own. Unfortunately, just like most of the places that we have visited, it is really hard to do stuff on your own and without a guide or tour. Screw it! We want to see Halong Bay from the boat, so this cheap cruise was the best deal. Also, our expectations were relatively low as we don’t usually like huge group/tour trips.

We slowly maneuvered through the bay with our cruise ship. We soon made company with a American-Spanish couple, who we found out were hiking in Nepal in October and left on the day that we arrived! The world is so small! Two adorable guys from Iran were also sitting with us and despite their small English knowledge, we managed to have a nice conservation! After an hour of cruising through the bay we stopped to go kayaking through Hà Long Bay. The limestone cliffs and mountains look insane. You feel the pure nature of this place and despite there being a lot of tourists, you could go at a slower pace and enjoy the beauty. After coming back it was already time for lunch. Our small tables turned into a food feast. Tofu and fish, spring rolls, potatoes and of course rice!

After lunch we set out for a small cruise before jumping to the rather cold water! Nevertheless, it was refreshing. On a 10 minute snorkel tour I actually saw some colorful corals in neon green.

We continued to the Monkey Island. Our guide announced: “You have 1 1/2h our. Be back at 15.45 and don’t be late please. Else we leave without you!” Okay – that should be enough time to climb the small hill on the island for a peak over the Lan Hà Bay. Well, it actually wasn’t enough time. Hundreds of tourists tried to climb up the rather tough rocky path to the top. So many people wanted to go up, but as there was not enough room we had to wait for people to go down first. The usually 10-15 minute hike turned into a one hour long snake walk. As we just reached the top there was barely enough time to take a few pictures and enjoy the few for a second before heading back down. But as the way down is just as hard as up, we actually made it back to the beach somewhat late. Luckily the small boats taking us to the cruise ship could only take 10 people, so we still made it!

To finish the cruise we stopped really shortly at a floating village. There is the hugest floating village of Vietnam in this area, just a few minutes of the coast of Cát Bà! While it’s a main attraction for tourists, most of these people would probably prefer to live on land in a proper home.

So all in all, the cruise was great and due to the company on board we enjoyed it a lot. And while this is the most common trip that tourists do, there’s not many other options unless you want to pay a fortune!

In the evening we had some great fish and shrimp to finish our small trip to Hà Long Bay and Cát Bà! Yummy!