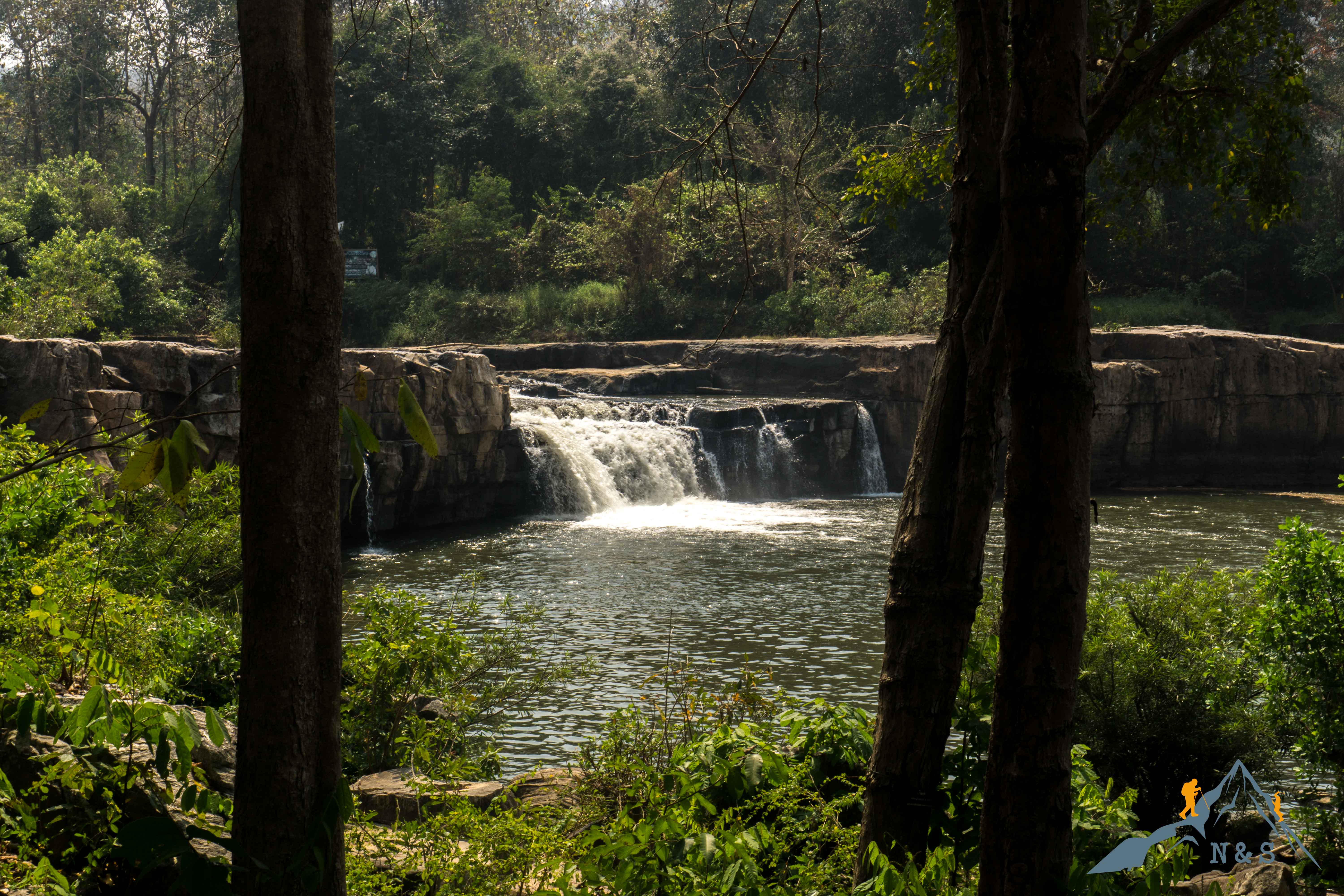 We already started feeling depressed being indoors and looking for jobs all day, so today we decided to have fun again! Waking up at 7, starting the day with delicious self-made pancakes in our hostel, we then took the bus out of the city to the Sakunothayan Waterfall (Highway 12, KM. 33). Our hostel owner Mark (recommendation: Karma Hostel Phitsanulok!) advised us this waterfall, which you can’t even find on Google Maps or maps.me.
Good choice – as the first and almost only people there, we jumped into the water right away, even though it was just 10 o’clock. The biggest waterfall at the upper level of this area formed a huge basin to swim in with a moderate to strong current. I of course wanted to go close to the big waterfall.

So that’s what we do. We start swimming towards the waterfall, fighting against the growing current. I already made my way to the waterfall and was hanging onto some rocks, waiting for Natalia to join me. All of the sudden I hear her cry out loud, splashing the water, turning around. Knowing that she was afraid of fish (most of all scared of jumping fish), I swam fast towards her, trying to calm her down. “I saw a fish jumping up the big waterfall”, she explained me. I couldn’t believe it and stared at the waterfall, but no other fish tried to jump up the waterfall again. (Maybe it was just her imagination?)

While we were sitting on a rock, I was trying to convince Natalia that she doesn’t have to be afraid of the fish. Just like I always do. After all, the fish usually never come close to you and don’t mean any harm. We start swimming towards the waterfall again. Guess what? Two minutes later, almost at the waterfall, Natalia shouts out, turns around and at the same time starts crying. Me, being totally taken by surprise, also shouted out and was scared for a second. Then turned towards her, yet again trying to calm her down.

We ended up floating down the waterfall towards small currents, which made Natalia feel more comfortable. Despite her being able to go diving, I guess we still have to work on not being afraid of fish in general ?.

After a small lunch at the Sakunothayan waterfall, we continued our journey and started hitchhiking in the direction of Vientiane, marking the Thai-Laos border crossing.