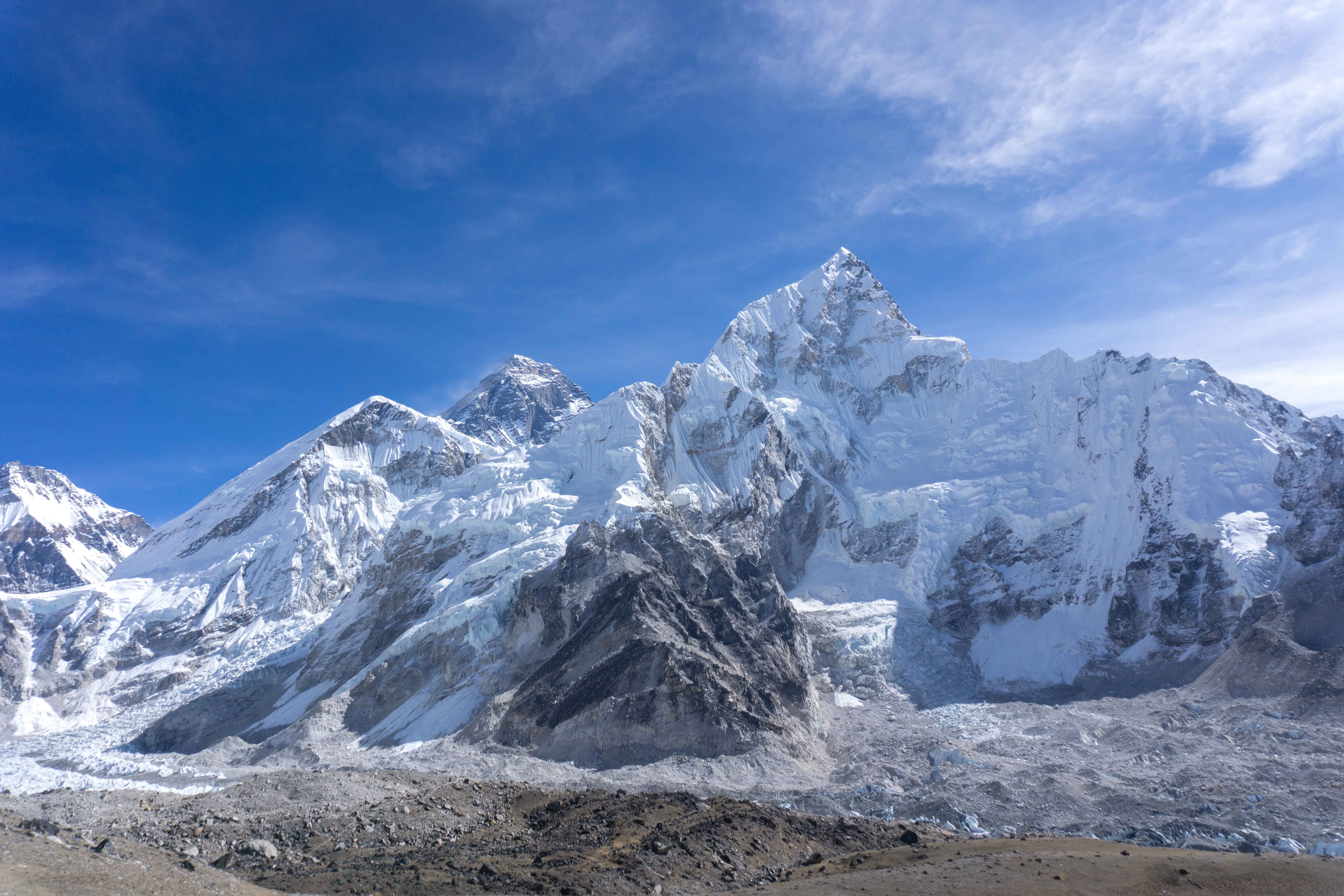 We are sitting in the common room of our guesthouse in Namche Bazaar, as a big group of Swiss travellers jump up and head over to an older Nepalese looking man. They started chatting and at some point, took some pictures. We had no clue who this person was, or why they were so impressed by him. About an hour later, when we were finished with our dinner, the old Nepali was about to leave the common room. He passed by our table and asked us about our plans – we told him we would be here for another day to rest. He said we’d have a chance to take tomorrow – and left.

We soon found out that this man is Kancha Sherpa. He is the sole remaining member of the first successful expedition to Everest in 1953. Kancha Sherpa was part of the British Mount Everest expedition led by Colonel John Hunt. It was the 9th attempt from the British. Before 1949, Nepal did not allow any mountaineers or explorers to enter their country and all expeditions to the Himalayan mountains were executed from Tibet. However, with communist China becoming an increasing threat, which inevitably led to the invasion of Tibet in 1950 (and China closing the borders for foreign expeditions), the Nepal government sought for diplomatic discussions with the western world. In 1949, the first expedition was allowed under scientific intent. Therefore, the expedition had to be accompanied by scientific travellers. In the years to come, the Swiss as well as the British had their first attempts on climbing the Himalayan mountains from the Nepali side. For a fact, the first eight-thousander to be climbed was the Annapurna mountain in 1950 by a French team. The British team in 1953 consisted of 15 mountaineers and over 360 porters. While most of the team was British, Edmund Hillary and Tenzing Norgay, who would later become famous for the first men to climb Everest on May 29th 1953, were from New Zealand and Nepal. One of the 360 porters was Kancha Sherpa. He grew up in Namche Bazaar (3440m) and knew the region. Nevertheless, no local ever really went higher up or was even interested in climbing Chomolungma* before the western expeditions arrived.

Our rest day passed fast and we found ourselves again in the common room eating our dinner (guesthouses in the trekking regions do not charge much for a room (usually 1-3$), but expect you to at least eat breakfast and dinner there). After finishing our dinner, Kancha Sherpa arrived in the common room and soon after we found ourselves talking with him. We were chatting about all kinds of things. As we knew little about the expedition and didn’t really know his role in it, we were a bit hesitant. But sooner or later it was inevitable and we started talking about the expedition in 1953 and the time after. Just as Tenzing Norgay, Kancha Sherpa went to Darjeeling, India to find work and seek adventure. Tenzing, which he had known from back home, invited him to join the British expedition. During these years, the expeditions walked all the way from Darjeeling to Khumbu. While Kancha Sherpa did not summit Everest, he still carried equipment and food up as high as 7000 meters, for which he was paid eight rupees a day (today equal to 8 cents). While Namche Bazaar consisted of just a few houses in those days and the people were quite poor in this region, the western expeditions brought work and money to the region. And due to the heavy interest in summiting Everest after the successful expedition, the region developed strongly in the last 50 years. Edmund Hillary promoted this region after his ascent and started building a school in Namche Bazaar as well as the Lukla airstrip in the 1960s. Therefore, week-long walks to Namche were reduced to a 1-hour flight and only a one-day walk. “Very easy now.”- Kenchha Sherpa said. With the whole infrastructure in place, it really is not a big challenge anymore to go to the Khumbu region and climb to Everest Base Camp. While it still may be a challenge to summit Everest, even this is achievable with enough money and a good guide. As of today, it is as easy as throwing 65.000$ to a commercial guide. But is all of this commercialization really that good?

* Interestingly, Mt. Everest is known as Chomolungma in Tibetan. It means as much as “Goddess Mother of Mountains”. In Nepali, it is known as Sagarmāthā (“Forehead in the sky”). The name Everest goes back to 1852, when a mathematician working for the Great Trigonometrical Survey in India thought to have found the highest mountain in the world. When this was confirmed several years later, the British named the mountain Everest after Colonel George Everest, who led the survey.